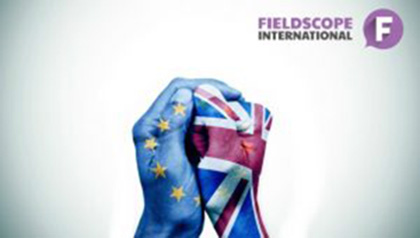 Following up to our last Brexit update, this week we bring you the news on the latest updates in Britain’s Post-Brexit life.

Without doubt, the event that shook entire European political scene within the past week or so was the appointment of Britain’s newest Prime Minister, Mrs. Theresa May.

May, previously Home Secretary, announced that she would be running for the position as David Cameron’s successor in late June. Her candidacy came after former Mayor; Boris Johnson gave up on running even though he was considered a favourite.

Before becoming the first female Prime Minister in the UK since Margaret Thatcher, May had held the posts of first female chairman of the Conservative party in 2002 and 2003, Home Secretary since 2010, as well as of Minister of Women and Equalities from 2010 to 2012.

Even though she was considered a favourite after Johnson dropping his candidacy, May was still out to compete up against Andrea Leadsom. Nonetheless, Leadsom withdrew from running in the first week of July, thus making Theresa May the new Prime Minister of the UK.

May’s mandate brings a lot of controversy along, but it seems as though she was able to successfully find a counter-argument to each of the doubtful claims this far.

One of the major concerns regarding her service is how soon will Britain actually exit the EU, as well as if there could be another referendum, since the general audience is familiar with the fact that May supported the ‘Remain’ side of Brexit referendum.

However, in her speech on July 11th, May confirmed there would be no second referendum or general election before the regularly scheduled ones in 2020, adding also that Britain should not be leaving the EU “before the end of the year”. She also added that no major changes are to take part in terms of trading agreements with the EU and other markets as well.

Regarding a few other disputable points that could be found in May’s politics, it is yet to be determined how these will revolve and if any of the attitudes on certain topics would be changed throughout her mandate.

These cover the debates on May’s decisions on same-sex marriage, Human Rights Act, as well as Trident removal.

The last point might be the hardest one to battle as May is trying to back up the renewal of UK’s nuclear forces with the costs reaching approximately 205 billion pounds, i.e. the amount that could otherwise be used for budgeting of 120 brand new large hospitals in the UK, employing 150,000 new qualified nurses, 3 million new affordable homes, installing solar panels in EVERY home in the UK or paying tuition fees for 8000 students.

Last but not the least, the public also questions May’s decisions in regards to her associates and their views on different issues in different areas of Britain’s political life. These are mostly discussed when it comes to Boris Johnson being appointed as the Foreign Secretary and in charge of M16, since his views are known to be rather nationalist and race-intolerant. Secondly, many still wonder why May kept Jeremy Hunt as Health Secretary after his decision to make Junior Doctors work longer hours and more days with no additional pay.

These issues are to be discussed further into details and once May and her associates have actually had a little more time in their positions to act and take some steps, thus making arguments and views factually valid.

Our next article will provide you further information on May’s associates and their decisions and tasks, so stay tuned in order to stay up to date with Brexit leading role. We’ve got you covered.