Blog
Brexit – where do we find a new entrance to market and trades? 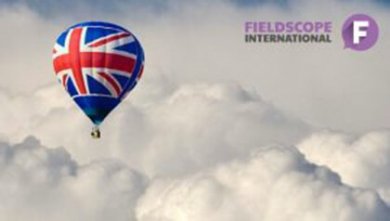 With Britain voting out of the EU status, several concerns were raised among its citizens, investors based in Britain, as well as business-owners with most of their capital stored in London banks.

We will be focusing on each of the aspects of this hot topic within the next few weeks, as the country adapts to these newly-induced circumstances in all fields of living.

Being an MR Company functioning in different markets, countries, economies and even continents – we decided to dedicate this week’s FSI newsletter on the updates on how the markets are changing due to the changes made by opting ‘out’ in the European Union referendum.

Markets have suffered a rough few weeks. Due to Britain’s shocking vote to leave the European Union, the investors around the globe reacted by leaving sterling and any assets tied to the British economy for the traditional solutions, often found in gold and the Japanese yen.

Throughout the first two post-referendum trade sessions, sterling dropped by 11%, with this being the sharpest drop since the pound plunged in 1971. Britain’s main benchmark index (The FTSE 100), went down by 5.6%, clearing out over £100 billion in market value. The domestically-focused index (FTSE 250) dropped by 7.2%, with its biggest fall since the 1987 stock market crash. Two among the most vulnerable sectors that were hit especially hard were British banks and housebuilders.

Markets appeared to settle down in the last week of June. The pound is now being traded at $1.33.

In the coming days, as Britain starts to adjust to the lifestyle outside the EU, markets might start their slow recovery, even though a lot of irreparable damage has already been done.

Many see the solution in Britain following the Canadian model, based on the CETA agreement, which is formed similarly to NAFTA trade agreement. The first one represents an agreement between Canada and the EU countries yet to be signed, whereas the latter stands for a free trade agreement signed by the US, Canada and Mexico in 1994. Members of these agreements all remain the right to separate external tariffs and base their trades on rules of origin to decide if an item is eligible for preferential treatment. Both call for all tariffs to be eliminated, thus allowing the free flow of goods and services. However, crucial part of the agreement is that this does not apply to all people and capital. NAFTA goes through an inner-structure secretariat for a solution of disputes, followed by work done by tribunals that are set up on demand.

In case of Britain copying the Canadian model with the EU, it would secure and gain the independence in policymaking and border-control that Brexiter’s desire and even be able to earn off of its financial contribution to the EU budget. Nevertheless, the Canadian model also implies that there would no longer be unlimited freedom of movement for people and capital, thus Britain would not have a vote on the rules of a single market. Furthermore, it would face a new risk of being blindsided at the border by obstacles raised in the name of security, which raise the costs of moving goods. There is an additional requirement to introducing this model of trade agreements: time. Talks about Canadian – European trade deals started in 2007 have not been completed yet, while many worry that British economy might not have that much time to experiment.

On the other hand, not all of the market news of Brexit are negative, especially from a long-term perspective. This new status could give Britain a vital opportunity through allowing it to broker its own trade deals with non-European Union countries; more so Britain could even gain a unilateral free trade policy. Non-European Union countries might find negotiating with Britain easier and quicker than dealing with the European Union’s bureaucratic system, as Switzerland has portrayed.

The range of potential outcomes is more variable in the production sectors as these departments are more dependent on whether or not the UK comes to terms with the EU through a trading agreement. The possibility of taxes on goods exported to the European Union provides greater downside potential, whereas the chance to open up trade with other countries or increasing the sector’s competitiveness via greater competition or cheaper inputs gives it more upside potential.

Contrary to the beliefs of many critics and commentators, it is likely that the impacts of Brexit on trade could be relatively small. Furthermore, it is with certainty that leaving the European Union will leave the external sector better off in the long run, if Britain uses its new found freedom to negotiate its own trading deals to good effect.

Stay tune – we’ll keep you covered within the next few weeks with more stories to follow up on Brexit.